When there’s nothing more I can do……

I’ve placed so many candidates in 25yrs of recruiting. So many. And I take pride in believing I take the time & the effort to prep my candidates brilliantly. I know my clients so I can, to a degree, 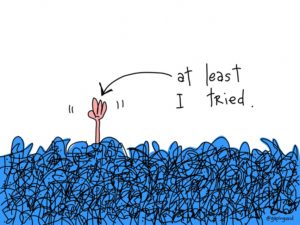 anticipate the kind of interview they’ll get & I know they aren’t walking into nightmare scenarios because they wouldn’t have got the interview in the first place. The way I recruit is much less the traditional recruiting ‘Them & Me’ way. With candidates it works better when it’s more like ‘We’re both in this together’ (And if that’s sounds naff don’t bother reading on as you’ll hate the rest of this!).

So last month you’ll forgive me if I was stopped in my tracks by a candidate who really deserved a break & I managed to get him just that break. I had to gently persuade the client, but as I’d met the applicant & I’ve 100% track record with this client – he acquiesced. We arranged an interview. Great news.

Or so I thought.

So far so brilliant. Then, with warning & despite being perfectly placed to grab the break with both hands & embark on a job that was well within his remit & indeed meshed with a very relevant hobby, he simply didn’t attend interview.

No warning. No call till after the scheduled interview time & …….no excuse. None. He just didn’t go & called to say as much.

In the main it’s true that Recruiters get used to no-shows, candidates being late, not being fully in the picture, temps not turning up. Not me. I’ve ran my own business successfully (by any measure) for 7 years & I’ve been stood up at initial interview stage with me ONCE & at the clients by the candidate a tiny 3 times (& those 3 times really really stung). Those are statistics any recruiter would be thrilled with. So I’m used to people delivering I suppose.

The striking upset caused by this candidate not showing for interview was the tangible devastation of the candidate when the client & I decided to not pursue his application. He knew he’d caused this & he’d let himself down & he was so very angry, upset – indeed really very upset & as he had no explanation for why he didn’t show, that knocked me sideways. Yes I felt utterly terrible for withdrawing the offer of interview but….what more could I have done?

You cannot force anything in this job. And this is a mistake often made by recruiters. Gentle coercion can turn into ‘selling’ the job. It will not work. A hint of reticence (not nerves & not needing to know more…genuine reluctance) & I‘ll run the other way as fast as I can. It always falls down later on. But until the point of no show, this was a prepped candidate, a positive candidate – a candidate that saw the opportunity, but then declined to take it.

You can lead a horse to water etc.

And I felt just terrible. Again. What more could I have done?

I’ve moved on now. It just stopped me in my day & my usually positive attitude was really dented due to his genuine & baffling really deep upset. But I’ll not forget him. No lessons to be learned though. Every now & then I guess there are no answers & you’ve just got to get on keeping on.

And I love what I do.

Call me if you think my experience will help you get the best candidate for your job! And please feel free comment on my Blog…..